On September 19th 1973 Nicholas Ridley gave the following speech at the inaugural meeting of the Selsdon Group. Over forty five years may have passed since that date but it is striking how relevant it remains to the political debate today.


The aim of the Selsdon Group is to secure that free market conditions prevail to the greatest possible extent in the economy, providing the maxiumum choice of goods and services for all citizens. This is the aim which all Conservatives can share. The argument of the Defeatists is that this is an impractical aim, and that modern conditions and the present temper of the people mean that State intervention and regulation are inevitable on an ever increasing scale. Those who share the Selsdon Groups aim have to face up to the old chestnut that Politics is the art of the possible.

Undoubtedly the temper of the people has been, whenever something appeared to be imperfect to say that the Government should do something about it. How often has one heard these words and read them in constituents letters whether they relate to an inadequate bus service, the shortage of housing or rising food prices, or whatever? It is never someone else who should do something, it is always the Government. A Government in response can either do nothing, (which is probably often the right thing to do, but perhaps is asking too much of any Government), or it can set out to remedy the defects of the market, or it can take over or regulate the supply of the goods or service concerned. It usually does the latter.

Thus has the Government accumulated responsibility for half our economic life, by taking over the four great welfare services; health, education, social security and housing; fifteen nationalised industries, and a heterogeneous collection of companies and services. The evils of this are manifest, but I wish to present them in a different way tonight.

The State fixes the charges made for all of these goods and services. Health and Education are virtually free, at the time of use. The State determines, on political rather than economic grounds, how much it charges for state gas, council houses, state pensions, steel, NHS contraceptives, etc. The political price for an article is determined by how much fuss there will be if it is put up. It is not related to the costs of providing it. The results of this are very serious. An enormous sum has to be found from taxes to make up the difference between the costs of providing these goods and services and their selling prices.

Secondly, the State can and often does reduce the selling prices selectively to drive out of business all private sector competitors. The private landlord providing housing to let is almost extinct, as are private providers of steel, coal and air services. So important do people even in the lower income groups find freedom of choice that there are still considerable private sectors in education and health, despite the fact that the State service is free.

In such cases, the Socialists itch to make it illegal to provide an alternative to the State service, as Mr. Short hinted and Mr. Hattersley has recently blurted out, regarding our private schools. It is already illegal to offer to supply electricity, gas, telephones or postal services. This is how choice is reduced, and as alternative suppliers are eliminated, so the State has to shoulder the burden of providing the whole service, and financing the resultant deficit.

Thirdly, there is no check upon the efficiency of the performance of the public sector. When one thinks of the armies of management consultants, O & M men, Price Commissioners, auditors and D.T.I. inspectors, who are constantly investigating private industry, it is extraordinary that we let the efficiency of about half our Gross National Product go virtually unchecked. There are no competitors against whom to compare performance. Most State industries are not even meant to make a profit, and few of them do. Indeed, no effective tests exist by which we can judge the efficiency of the public sector.

There is now a new way of increasing the public sector. It is through price control. Historically, we have seen it at work in the case of private unfurnished housing to rent, which has been controlled by Statute for over 50 years. The result has been the slow and painful elimination of private landlords, often very poor themselves. The State has had to provide the houses that the private landlord can no longer afford to provide. Progressively, the housing shortage has got worse, and the options for the homeless have narrowed.

In all of this it is the public who are the losers. They pay for the subsidies, either through increased taxation or through inflation. With each addition to the public sector they lose further freedom of choice, which is another source of competitive endeavour. One more slice of our economy is transferred from the efficient to the amorphous sector of the economy.

I believe the public now realise that this is so. The cry is now that the Government should do something about the Civil Service, the Nationalised Industries, The Welfare State - or the Farewell State as I have heard it called. The complaints about the standard of service and the lack of choice in MPs mail keep growing. There is resentment at being at the mercy of one provider of State goods and services. But what should the Government do?

We must eliminate many of the subsidies, by raising prices and requiring each public sector unit to charge enough to make a return on the taxpayers capital invested in it. It then becomes sensible to make decisions about how to help low income people to pay for what they want. It may be that supplementary benefit levels and rent rebates should be increased; in some cases a voucher system may be appropriate; in some cases there is no need for subsidy at all.

With full cost pricing the way is open to private sector competitors also to provide the goods or service on fair terms. They too can be the recipients of any subsidy given to consumers. Choice is then restored, the State corporation is put on its mettle to compete, and the drain on the Exchequer is reduced.

Adam Smith was violently opposed to the Poor Law, on the grounds that it interfered with the mobility of labour. But, I have for a long time supported the concept of a minimum income - which is but an extension of the principle of supplementary benefit. Everyones income should be topped up to a minimum level varying with his or her family circumstances, enabling them to have the necessities of life. If the price of necessities is increased, or charges made for those hitherto free, as it would be under these policies, the minimum income level can be increased accordingly. That must be a better way to help the needy than to make a good or service cheap or free for rich and poor alike.

The interventionists would ask what the inflationary effects of such a policy would be. If the cost of fuel and transport, housing and pensions, education and health are to rise, would that not create an impossible inflationary situation?

My answer is not a popular one. Holding down a price by subsidy, whether from the public or a private purse, is one of the main engines of inflation. Rising prices, whether of food or mortgages or rents, take purchasing power away from the people and reduce their capacity to bid up the prices of other goods. The addition of further Government subsidies to food, or rents or mortgages would, unless taxes were increased, both leave more money in the publics hands, and also increase the Governments deficit. This in turn would increase the rate of inflation. Thus it is that good intentions can be ultimately be very counterproductive.

It is this middle-of-the-road, politics-is-the-art-of-the-possible profligacy which has led to the debasement of the currency. I attach no blame, no criticism. I merely say that no Governments expenditure can exceed its income by £4,400 million without unpleasant consequences resulting. The unpleasant consequences are very high interest rates and very steeply rising prices. The deficit is so big that to finance it by domestic borrowing must take money from industrial and housing investment, because it becomes necessary to outbid the banks, the stock market and the Building Societies for the available funds. Nor is it my remedy to ask such institutions to use up their reserves.

One unfortunate consequence of high interest rates is the very savage falls in the value of gilt-edged securities that are an inevitable consequence. I do not know how many thousands of million pounds have been wiped off the value of the Government debt due to the Bank of England pushing up the interest rate and thus pushing down the price of gilts. A policy of financing Government expenditure by filching the Post Office Pension Fund is bad enough, but one should not extend it to the savings of millions of humble people who have lent the Government money.

In so far as the Government is unable to borrow £4,400 million it must fall back on increasing the Money Supply, sowing the seeds of further inflation in the future. And the more it does this, the more the foreign exchange markets will mark down the value of the pound, causing food and other import prices to rise continually.

Monetary policy can deal with the marginal imbalance of the Governments day-to-day transactions, but fiscal policy is needed to finance a deficit as big as our present one.

But again the motive is a kindly one. It is said that the alternative - to deflate - would cause unacceptable unemployment, throttling back economic growth, and a check to the rise in living standards. With regard to unemployment, I am afraid I do not accept the premise. It is possible to operate an economy with stable prices and high levels of employment. What is difficult is getting to that position from the present one. Some people might get hurt on the way for a time. But many people are getting hurt now; inflation is more damaging than unemployment, to a larger section of the population.

I do believe that it is possible to moderate the rate of inflation without causing high unemployment. To do so requires that Government explain to the public how the excessive growth of the Money Supply causes inflation. They must stop blaming foreign farmers, Trades Unions, speculators, Americans and property developers and the Gnomes of Zurich.

Many, including the Liberal Party, believe you can control inflation by statutory price and wage controls. Whether so many believe that now I do not know: for prices have been rising this year at an annual rate of over 9%, higher than the rate before the freeze. Statutory control causes distortions, shortages, black markets, inconveniences evasion and eventually contempt for the Law.

In closing may I commend to you these words of Abraham Lincoln, which ring as true today as when he spoke them, and which could well become the guiding principle of the Selsdon Group. 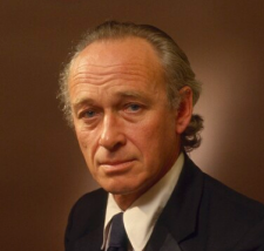